RESERVE YOUR SEAT! This event is FREE! Walk-ins are welcome but advance reservations help us plot and plan: socialmuscleclub.eventbrite.com

At Social Muscle Club you meet new people and take part in a simple sharing game, in which each person offers something they can give away, and makes a request for something they want to receive. These unconditional offers and requests can be for something material or practical—anything from from fresh bread to a holiday apartment in Costa Rica—or something abstract or relationship focused, like tips on resilience or a shoulder to cry on. The giving and receiving happens around tables, amongst performance, music, food and surprises. It’s a real celebration, evocative of an exuberant wedding or a chaotic game show. 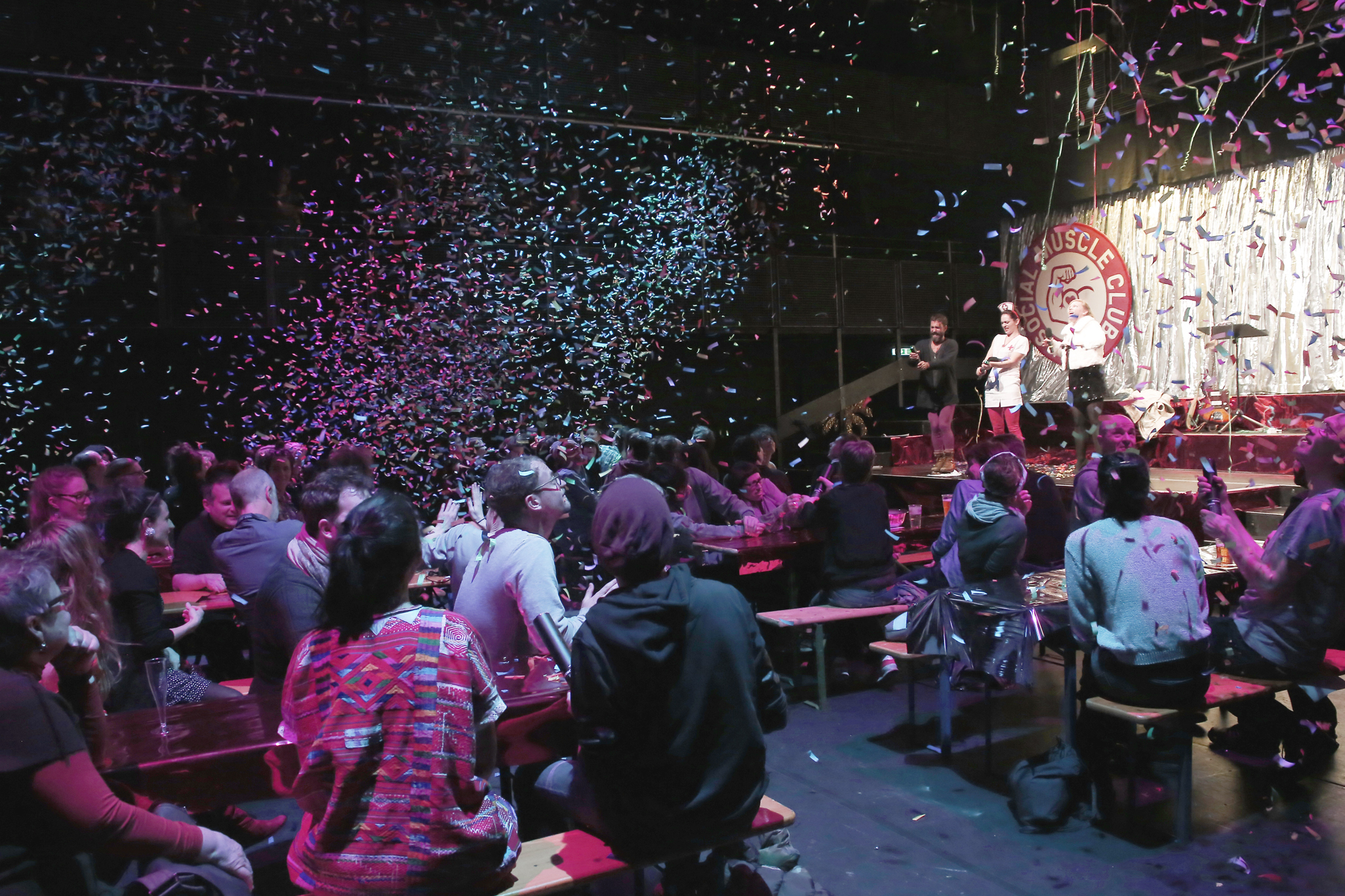 Social Muscle Club [www.socialmuscleclub.de] is a group of international artists who have been working together since 2012 to change our usual habits of thinking and doing and ‘train the social muscle’. The club was founded for everyone in the global village seeking to support each other in a society in which one often feels alone.  The club began in a Berlin living room and was inspired by a documentary about a workers club in Sheffield, English which promised ‘entertainment and mutual support’. As a contrast to stress and pressure to a capitalistic, competitive working world, the club offers a self-organised social net. The Berlin founders of Social Muscle Club experienced personally the psychological effects of pressure to succeed, earn money, and fit in society. So they began practicing giving and receiving with friends and colleagues in their living room, in order to support each other. Since 2012 the club has grown exponentially and has reached thousands of people in ten international cities, including ongoing clubs in Berlin, Basel, Bristol, and Vienna.  The club integrates people from different social backgrounds as well as people who normally don’t visit or participate in the theatre scene, out of which a growing international network of solidarity has been established.

Jill Emerson originally comes from Iowa and has lived in Berlin since 2002.  She started Social Muscle Club with her husband Till Rothmund in 2012.  In addition, she directs the Brückeladen Theater Group, a theater group for formerly homeless people. As a performer and choreographer she has worked in the Berlin free scene with Constanza Macras/Dorky Park (from 2002-2010), Johannes Mueller, Antje Pfundtner, Siegmar Zacharias, Pierre Audi, SheShePop, and Thies Mynther.

Till Rothmund lives since 2002 in Berlin.  He took inspiration from his visual art studies at the Academy of Arts in Karlsruhe and studying film at the German Film and Television Academy in Berlin. After experiences in L.A., where in addition to meeting film studio producers he met people living on the streets, he began to work on projects with a social aspect. Social Muscle Club is a result of his work in making a musical with homeless in Berlin.

Goethe-Institut Chicago The Goethe-Institut is the cultural institute of the Federal Republic of Germany with a global reach. We promote knowledge of the German language abroad and foster international cultural cooperation. We convey a comprehensive image of Germany by providing information about cultural, social and political life in our nation. Our cultural and educational programs encourage intercultural dialogue and enable cultural involvement. They strengthen the development of structures in civil society and foster worldwide mobility.

This project is made possible with support from: Zhou B Art Center, Berliner Senat, SAIC Department of Performance, DFBRL8R, Goethe-Institut Chicago, and Social Muscle Club. 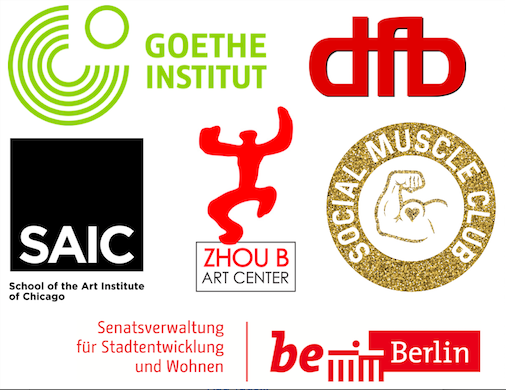