along with CHICAGO artists SARA ZALEK and SARA HOLWERDA

ROJO MANSO: someone approaches and I try to fix the encounter… approaches with good will, but fearfully and I smell it. so never get right in words or gesture.

DELTA VICTOR: in the international code of signals the message DELTA VICTOR means stay away from me I’m maneuvering with difficulty and VICTOR means I need help. the meeting of two difficulties with goodwill try to let pass. may they find the truce or build a wall depends on the degree of them impossibilities.

organized by SPAIN arts & culture and DEFIBRILLATOR performance art gallery, in collaboration with the CONSULATE GENERAL of SPAIN in CHICAGO. with the support of the the SPANISH AGENCY of INTERNATIONAL COOPERATION for DEVELOPMENT (AECID), NATIONAL INSTITUTE of PERFORMING ARTS and MUSIC (INAEM), the INSTITUT RAMON LLULL and the CULTURAL DEPARTMENT of the GENERALITAT de CATALUNYA.

SARA ZALEK is a performance artist and butoh dancer, living and working in Chicago. She graduated from The School of the Art Institute in 2006, and has received multiple CAAP grants and a LinkUp Residency with Aurora Tabar in 2012. Sara has performed in collaborations and solo works at venues including Chicago Cultural Center, Millennium Park, Hamlin Park Field House, Links Hall, Defibrillator Gallery, Co-Prosperity Sphere, Dance Theatre Workshop (NY), Merce Cunningham Performance Space (NY), Headwaters Theater (OR), and innumerable outdoor and gallery spaces.

ZALEK’S work FORMIDABLE DREAMS uses dream recordings as vignettes for a live performance. It includes a cast of characters as they appear — actual dream visages, animals, ghouls, and environments. the cumulative effect of the dreamscape could be fortuitous, realized as corporeal acts, which in turn may cause a disturbance in the passing of time and understanding of energy. live sound by JOHANNA WIESBROCK, MEGAN RANSMEIER, “MEMO”

JOHANNA WIESBROCK has been playing viola since 1992, starting with classical music. her current focus is on making sonic landscapes with viola, guitar, voice, percussion, looping pedal, and other space-time improvement artists. JOHANNA performs solo and with CHICAGO AISSAWA, TRIANGLE HOUSE, and THE EXPONENTIAL. she specializes in gypsy jazz, arabic music, and experimental pop composition. she’s a facebookie, like her for news and music.

SARA HOLWERDA grew up in an unincorporated small town in central MICHIGAN named after the plant that killed SOCRATES. she went on to be fully educated in the state, with a BFA from UNIVERSITY of MICHIGAN and an MFA from CRANBROOK ACADEMY of ART. she has performed internationally and has participated in performances, exhibitions and screenings across the continental UNITED STATES, recently in THE RAPID PULSE INTERNATIONAL PERFORMANCE ART FESTIVAL in CHICAGO.

as a conventional element of cabaret, burlesque and striptease performances, the chair signifies the male spectator. a classic chair dance places the female performer in a sexualized relationship with the chair, and through her movements, she models a set of cultural expectations about the female body and how it should function in heterosexual relationships. 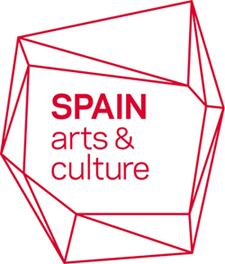