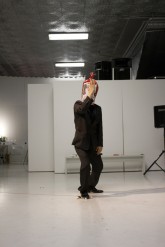 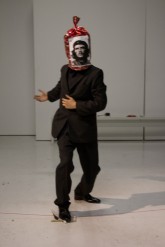 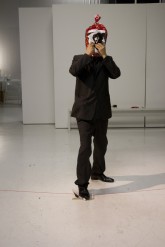 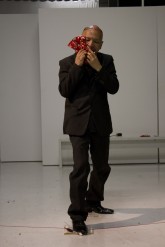 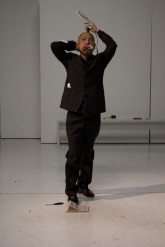 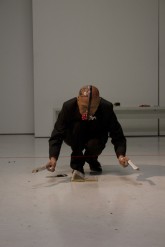 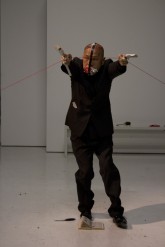 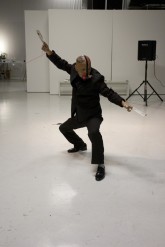 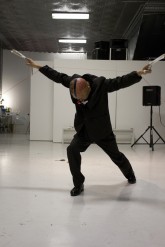 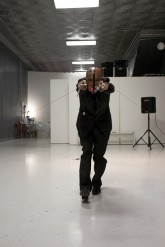 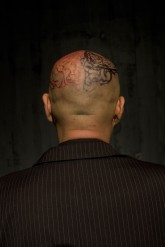 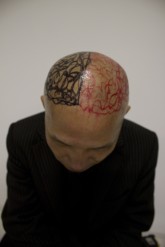 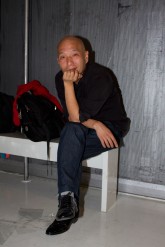 dfb artist in residence october 2011 ALIVE wall project and FOLLOW ME TO THE SEA; part of CHICAGO CALLING

the overall concept is to use paper to compare the changes within logic and non-logic, in order to express the concerns about the changes around environment and human beings.

it contains political meanings. power never changes but the form changes. form can change by time and place but the characteristics never change. the artist relates power with language. language is power, and language forms “ron”, “ron” forms civilization, civilization needs power from society. this work symbolizes language …(cut)… human’s mouth has weapon called language that produce absolute power. feel the paper is expressing never changing power. the individual creatures that exist inside cannot be ever free in that society

(cut)… the world of logic is impolite violence, contains the will to resist this violence, ruler is a different world than the logic. However, is the logic and non-logic really separated? by the ruler, the act of drawing sword and act of throwing things to the crowd, is that non-violence that contains non-logic that goes against violence? The second half of the act is to display this logic, non-logic, and the self in a romantic emotional smoking scene to show that this is loneliness.