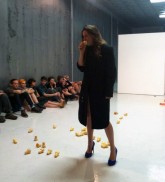 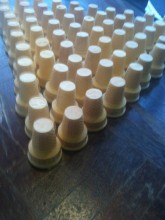 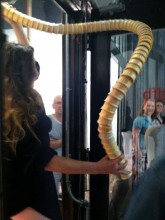 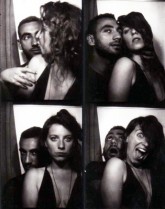 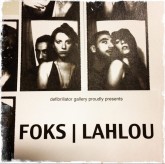 ARIANNE FOKS (born 1982) is a multidicsiplinary artist, based in PARIS, she creates performances, installations, drawings. her work investigates identity and displacement, focusing on the question of desire, and how desire produces a new body or space? often inspired by subjects close to her and stories arising from everyday’s life, she lets them slide poetically towards a fiction, which in its turn creates wider realities. over the past 3 years she has been showing her work around EUROPE and the USA, in exhibitions and international performance art festivals, MOTEL LUCIE MILANO, MONTH of PERFORMANCE ART and GRIMMUSEUM BERLIN, GRACE EXHIBITION SPACE NEW YORK, DEFIBRILLATOR GALLERY CHICAGO, JANGVA GALLERY HELSINKI, FONDERIE DARLING MONTREAL….

MEHDI-GEORGES LAHLOU (FRENCH-MOROCCAN) was born in 1983 in LES SABLES D’OLONNE, FRANCE. he now lives and works in BRUSSELS and PARIS. LAHLOU makes performances and installations that deal with cultural identities and gender. LAHLOU grew up in a mixed religious environment (one parent MUSLIM and the other CHRISTIAN), so he experienced a multicultural and multiform society on a daily basis. this is reflected in his work with humor and intellegence. tackling the idea of masculinity within MUSLIM and EUROPEAN cultures. LAHLOU tests limits – both cultural and physical. his performances are very athletic, embracing physical endurance. MEHDI-GEORGES LAHLOU makes work that is fresh, clever, fearless, and provocative.

MEHDI-GEORGES LAHLOU is the enfant terrible of an art that does not exist – or not yet, since he is in the process of inventing it. how to be an artist of the interstice today, when navigating between north and south, between cultures, between several media, between multiple intertwined notions? “do not see the problem through the wrong end of the telescope”, is what he seems to (omit to) tell us.

– by MARIE MOIGNARD (a translation by PHILIPPE DUMAINE)