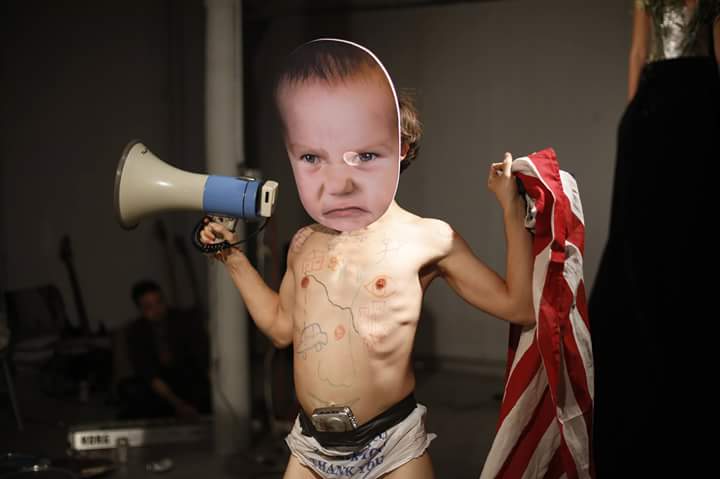 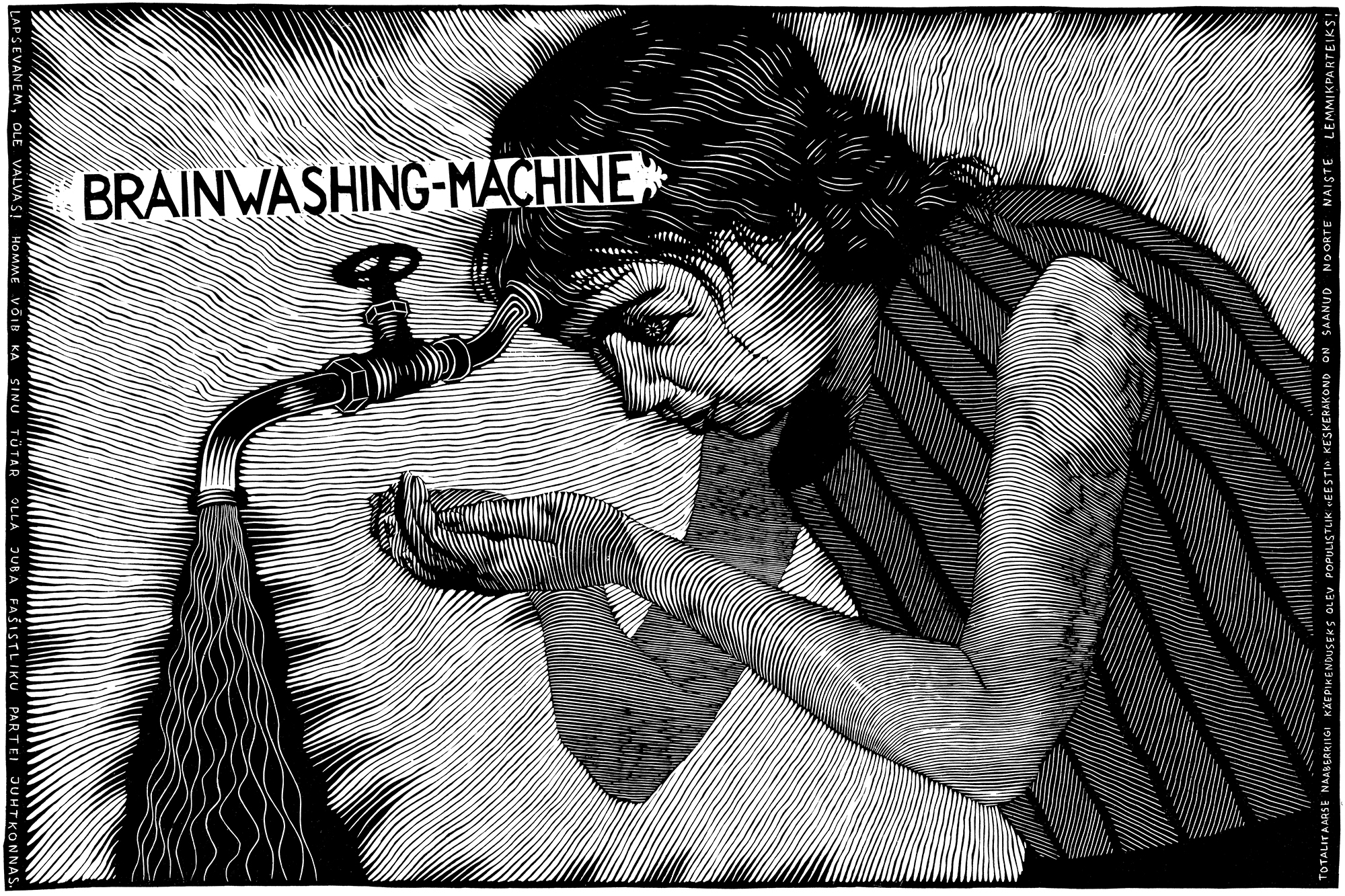 INDUSTRY of the ORDINARY | 7-10PM | Lower-Level North | Industry of the Ordinary is a two-person conceptual art collaborative, made up of Chicago-based artists and educators Adam Brooks and Mathew Wilson. Their work is usually performative or sculptural, often incorporating audience participation and interaction. 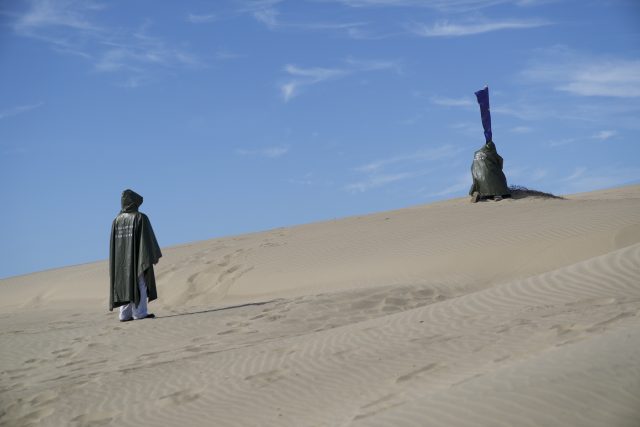 Industry of the Ordinary | video still from Tourist Trader Refugee 2017

Around the name NON GRATA there have been different hushes and shushes for a long time. Already from the point of view of death of conventionalization of art it has embodied the horrible and unwanted disembodiment of human person, from which the meaninglessness of nowadays art, is pouring out. For those, whose world of arts starts from the point, where the art world ends, NON GRATA has been a liberator, the orphic gap in the seemingly unalterable course, which however betrays us, it is a cure from incest. The main point of the group is ethical – it is the image of primitivism, impersonality and experimental creativity. The performances of the group take place according to the logic of avoiding codes. The presentations are physical texts, whose ways of orthography and reading are kept within limits of real actions by the group members. Aesthetical and provocative challenges are represented in places, where the Art World doesn’t work.

Anonymous Boh [Estonia], via non-stop world tours, performances, exhibitions, and publications, has created one of the most representative, significant, timely and transformative art movements in all of history. As Ring Master, Boh has become the Wild Bill Hickok, the P.T. Barnum, the Alfred Jarry, the Tristan Tzara, the Ezra Pound, the Orson Welles of our Era. We have entered The Apocalypse, The Storm. Boh, implementing all The Arts via NON GRATA’s Diverse Universe global performances, reveals to us not only where we presently stand in The Storm but he also conjures visions of our soon to be realized post-apocalyptic absurdly playfully tormented kaleidoscopic landscapes.

INDUSTRY of the ORDINARY were formed in 2003. The two artists who make up this collaborative team, Adam Brooks and Mathew Wilson, have long histories as visual and performative artists. They bring complementary sensibilities to their activities. Their projects exist in temporal terms but have also been conceived to function on the website associated with the collaboration, http://www.industryoftheordinary.com. They have had solo shows at multiple venues including the Museum of Contemporary Art, Chicago and, more recently, a major mid-career survey at the Chicago Cultural Center that was received with much acclaim. They also performed at the opening of the Modern Wing of the Art Institute of Chicago in 2009, as well as making work for a wide variety of private, semi-private and public settings, nationally and internationally, both temporary and permanent. Through sculpture, text, photography, video and performance, Industry of the Ordinary (IOTO) are dedicated to an exploration and celebration of the customary, the everyday, and the usual. Their emphasis is on challenging pejorative notions of the ordinary and, in doing so, moving beyond the quotidian. The work is intended to provoke and promote public discourse, to bring fine art out of the gallery or performing arts venue, and, without becoming didactic or pedantic, make it readily available to the non-art-trained audience.

Peeter Allik [b 1966] started exhibiting surrealistic oil paintings in the second half of the eighties, and in the nineties became an accomplished printmaker. His works often display a grotesque sense of dislocated reality. Allik graduated from Tartu University. In 1997 and was awarded the first laureate of Ado Wabbe Prize and in 2002 won the Gran Pri on VIII International Biennale of the Baltic States in Kaliningrad.

The Zhou B Art Center is a private non-government funded complex that facilitates the exchange of contemporary art between Chicago and the international art community. Founded in 2004 by the Zhou Brothers in Chicago’s historic Bridgeport neighborhood, The Zhou B Art Center has a mission to engage in cultural dialogue through contemporary art and international programming.

DFBRL8R [a.k.a. Defibrillator Gallery] was formed in 2010 as a platform for Performance Art. DFBRL8R is a 501c3 organization made possible with support from The Reva and David Logan Foundation; Apis Mellifera Fidelity Charitable Grant; Elizabeth Morse Genius Charitable Trust; Martha Strutters Farley and Donald C. Farley, Jr. Family Foundation; Zhou B Art Center; DFBRL8R Board of Directors; and generous contributions from our loving community.