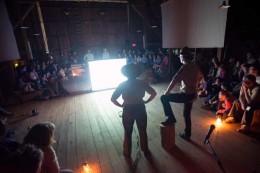 The day following their performance-lecture double bill, the artists, Claire Pentecost, and JGV/WAR (J. Gibran Villalobos and Wil Ruggiero) will embark on conversations regarding commonalities in the recent work of Weaver, Beitiks, and Pentecost. These artists explore new materialism, object-oriented ontology, ecological stewardship and political activism as they call into question the responsibility of artists in the face of ecological crisis. What is the unique role the artist can play in revaluing ecologies, and how is that different from or similar to activism? How does one make “effective” ecological art that is not propagandistic (or should it embrace propaganda)? What role can vital materialism play that isn’t overly romanticised? These issues and others will arise in conversation on Sunday afternoon. 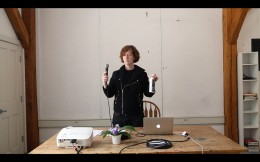 MEGHAN MOE BEITIKS is an artist working with associations and disassociations of culture/nature/structure. She analyzes perceptions of ecology through the lenses of site, history, emotions, and her own body in order to produce work that analyzes relationships with the non-human. She received her BA in Theater Arts from the University of California, Santa Cruz and her MFA in Performance Art from the School of the Art Institute of Chicago. She was a Fulbright Student Fellow, a recipient of the Claire Rosen and Samuel Edes Foundation Prize for Emerging Artists, and a MacDowell Colony fellow.

DEKE WEAVER is a writer-performer, designer, and media artist. His life-long project, The Unreliable Bestiary – a performance for each letter of the alphabet, each letter represented by an endangered species – has been supported by a Guggenheim Fellowship, Creative Capital, the Illinois Arts Council, the University of Illinois, and residencies at Ucross, the MacDowell Colony, and Isle Royale National Park. The project has staged MONKEY, ELEPHANT, and WOLF. 2016-17’s BEAR will be presented in three parts. Weaver is currently an associate professor with appointments in the School of Art & Design and the Department of Theatre at the University of Illinois (Urbana-Champaign). unreliablebestiary.org.  WOLF by Deke Weaver, photo by VALERIE OLIVEIRO

CLAIRE PENTECOST BA, 1978, Smith College, Northampton, MA; MFA, 1988, Pratt Institute, Brooklyn; 1983, Skowhegan School of Painting and Sculpture; 1988–89, Whitney Independent Study Program. Exhibitions: dOCUMENTA(13), Kassel, Germany; 13th Istanbul Biennial; WhiteChapel, London; Higher Pictures, NY; DePaul Art Museum, Chicago; Murray Guy, NY; Orchard, NY; Corcoran Museum, D.C.; Transmediale 05, Berlin; American Fine Arts, NY. Personal Statement: The motivation for my work is to learn about the world I live in, the world that hosts and sustains me, a world called earth. For this basic project, i think of myself as a public amateur, someone who consents to start with “I don’t know” and proceeds by learning things in public view, public so that we can put the process of learning itself in a space reserved for debating values, the discursive space we designate as art. 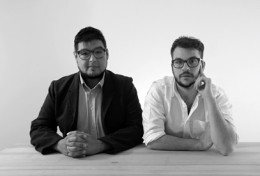 JGV/WAR is the collaboration between J. Gibran Villalobos and William A. Ruggiero. Their practice includes writing, curating, research, and project development with a focus on socially engaged practice, and contemporary Latin American art. Villalobos and Ruggiero both are art historians and administrators whose research and projects position programming and civic engagement at the center of their practice. Through the use of “shadow curating,” they antagonize each other to create projects that have undergone a conceptual and pragmatic galvanization.  JGV/WAR photo Nick Tuinstra

J GIBRAN VILLALOBOS is a curator and art historian. Previously Gibran was the Exhibitions and Collection Coordinator for the City of Glendale, Arizona, organizing exhibitions with local organizations in conjunction with municipal exhibition spaces as well as temporary public art projects. He has served on the Arizona-Sonora Administrators exchange, a forum dedicated to exchanging administrators to establish cross-disciplinary interactions, the National Association for Latino Arts, and Americans for the Arts. These introductions to public space led to the research behind the complicity of administrator, artist, and public. At SAIC he served as a Curatorial Assistant in the Department of Exhibitions and Exhibition Studies. His graduate thesis Industrial Prayers: The Reconstruction of Italian Identity focused on the work of Janis Kounellis and how the industrialization of labor in mid-century Italy, reconstructed a social identity. Most recently he was part of the Washington Park Public Archive exhibition at the Arts Incubator in Chicagoʼs southside. His recent projects have led him to investigating new media in Cuba and working on an exhibition on the topic for 2015. He is currently a Program Assistant for the Department of Architecture and Design at the Art Institute of Chicago and resident curator at Chicago Artists Coalition.

WILLIAM RUGGIERO is an art historian and critic with two centers of interest: Latin American art, and current trends in socially engaged art practice. William has been involved in community teaching, programming, and civic engagement, developing different curricula in China as well as in the United States. Curatorial projects are of particular interest to him, as he considers his fields of focus to demand more scholarly and curatorial exploration. His academic work on Venezuelan architect Domingo Álvarez is the first at length critical conversation about the Venezuelan architect and urbanist of the sixties. From his research and projects, he centers on the way in which the urban sphere is made, and the modes through which artists engage within it. He has led research on Chicago social practice for an upcoming exhibition at Sullivan Galleries in 2014, and has contributed to Never the Same. His current project is the development of an exhibition on Cuban new media art. He is currently a studio manager and a resident curator at Chicago Artists Coalition.