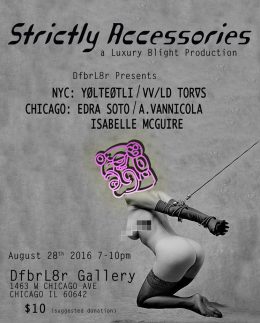 Strictly Accessories is something that is added to the night, something that is needed for the party to happen, but not as straightforward as a dress or a tux. It’s the subtlety of the plus one. Artist as add-on performers of diverse towns/media/material meeting in clique. Performers will merge sexy, kinky, fun, accessories to the night. Being an accessory for the night does not preclude traveling to places our imagination might allow. Electronics, flash and drone power group incantations, accompany bodily performance, elicit vocal cries. The play continues wherever the night may lead, not players in the performance but accessories to the night. All you kinky creatures please come out. This event is both queer and kink friendly. 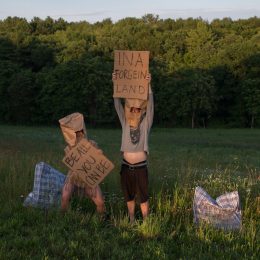 is a NYC based duo who create unique physical encounters. Ixtel, a sculptor and process artist, and Kino, a live cinema innovator, seek to dramatize contemporaneous situations, approaching them in a social praxis mode laced with the misuse of technological innovation and repurpose city scape detritus to drive surreal narrative comments. Incorporating design elements such as mechanical balance and solar power regeneration, we construct site specific works where sublime narratives unfold within self-perpetuating fantastical apparitions. They organize projects as Luxury Blight Production. 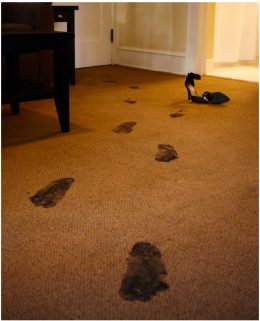 graduated with a Bachelor of Fine Arts from the School of the Art Institute of Chicago in 2016 and is based in Chicago. She negotiates forms of fetishizing within digital communities using video art and performance. Her work has been shown in Chicago, Berlin, Mexico, Montreal, and Vienna. Working primarily in video and performance, she examines cultures of niche fetishes and how they reflect norms/repressions within social ideas of sexuality. Her work points to contradictions in relation to feminism and pornography. She says ‘With my camera, I control your gaze. I want to ask you, who is being objectified? But that feels banal. I’d rather spend our time sharing erotica with you’. She continues ‘Our digital material is killing itself. Updates continuously extinct content and software. People are the archivist of their image and aesthetics are being genetically modified or cloned. What does it mean to fetishize a body that participates in a suicidal infrastructure?’ Her piece for Defibrillator, Spa Day, is a performative erotica reading. Previously used to as a tool to direct performers, it will be recited and reenacted by McGuire in this upcoming rendition. photo by Adam White 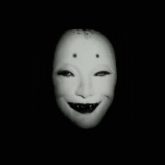 is an artist based in Chicago who works with Audio. Contributor to Flesh Crisis. Originally from Kansas City, Missouri. 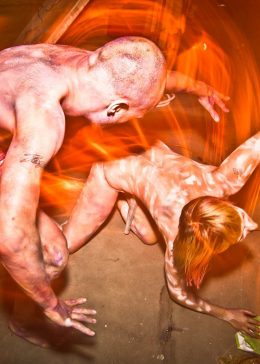 is an NYC based collective that creates live, interactive experiences using experimental sound, video and physical performance, site-specifically or within immersive installations. WILD TØRV$ are Digital Shamans, spiritual guides for our current Internet-driven, consumerist society. WT uses both shocking and subtle tactics to create shared, multi-sensory happenings that challenge and re-interpret pervasive cultural notions and standards. Their creations are mystical and spectacular, often with references to ancient aliens, cult theologies and WILD TØRV$’ own personal lives. WT is an open collaboration between multiple artists, spearheaded by Vlady Voz Tokk, originally from Moscow, Russia; and Mág Ne Tá originally from Washington, D.C. WT has been performing and organizing events non-stop since late 2012 in multiple venues around NYC, and has toured extensively throughout the US, Canada, Mexico, South America and Europe. 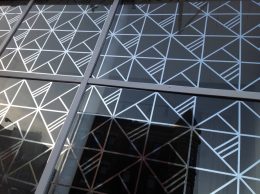 is a Chicago ­based artist, educator, curator, and gallery director. She obtained her Master of Fine Arts degree at The School of the Art Institute of Chicago and attended Skowhegan School of Painting and Sculpture, Beta­Local in Puerto Rico, and, through a 3Arts Fellowship, the Robert Rauschenberg Residency Program in Captiva, Florida.Her work has been exhibited both nationally and internationally including the Elmhurst Art Museum Biennial, The 4th Poly/Graphic Triennial of San Juan and the Caribbean, and the co­-curator of the exhibition Present Standard, at the Chicago Cultural Center with overwhelmingly positive reviews from the Chicago Tribune, Newcity and Artforum. With her husband Dan Sullivan, she designed and fabricated THE FRANKLIN, an outdoor project space that they co­direct. Soto and Sullivan received a commission from the Chicago Transit Authority to continue her GRAFT project at the Western Avenue Blue Line elevated train stop. Manual GRAFT is a geometric metallic tape installation on the windows of Defibrillator Gallery – an extension of Edra Soto’s ongoing architectural intervention project titled GRAFT. This summer-long installation arrived via performative gestures and a process-based experience that unfolded in front of viewers at the Rapid Pulse International Performance Art Festival in June, 2016. This event marks the closing of her exhibition with a performative deinstall of the work. photo by Joseph Ravens