what:
COCK & BULL SESSIONS is a gallery exhibit featuring performance artists, digital artists and interactive art. SESSIONS, now in its 3rd year, presents work that centers on the psychological, metaphysical and sexual voyages of characters in a story.

no one who, like me, conjures up the most evil of those half-tamed demons that inhabit the human breast, and seeks to wrestle with them, can expect to come through the struggle unscathed.
– SIGMUND FREUD from DORA: AN ANALYSIS of a CASE of HYSTERIA 1905 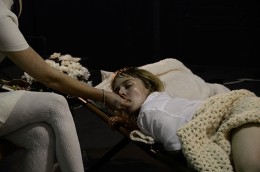 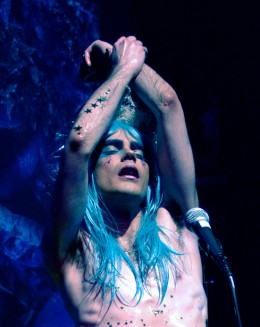 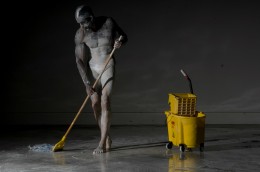 JASON DIXON (CHICAGO – DIGITAL ARTIST) is an interdisciplinary artist currently working out of CHICAGO, IL. through a heavy focus on character development and performance he attempts to explore his inner workings and relationship to the world. JASON asks the question “who am i both in and out character”? ultimately he asks, “who am i in a state of freedom?” in 2014 he completed his MFA with DISTINCTION from NORTHWESTERN UNIVERSITIES ART THEORY and PRACTICE program. 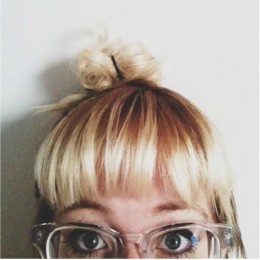 TRACI FOWLER (CHICAGO – DIGITAL ARTIST “I CAN NO LONGER”) lives and works in CHICAGO, IL. she currently attends COLUMBIA COLLEGE CHICAGO and will receive her BFA in december 2014. her work has previously been exhibited at the AVERIL and BERNARD LEVINTHAL GALLERY, LUCID ART LAB, CHICAGO COMMUNITY BANK, US AFRICA NETWORK: ONE STRUGGLE MANY FRONTS TOUR and DAVIS ARTS CENTER in CALIFORNIA. most recently her work was featured in the SALON SERIES, THINGS ARE BETTER IN SPACE. she was a 2013 and 2014 resident at 8550 OHIO. in november TRACI will have her first solo exhibition, THE LOVE THAT LET US SHARE OUR NAME, at C33 GALLERY. along with her partner, TREVOR SCHMUTZ, TRACI operates a gallery in the kitchen of their apartment. KITCHEN SPACE opened in april of 2014 and operates as a project space for artists to either adapt their work for the setting or create work in reaction to the site.

HEINRICH HALEY & JANIE KILLIPS piece “TECHNOFERNWEH” is about human relationships as they relate to and exist within the internet. it explores the simplicity in contemporary conversations and the vanity of the modern mind. can one’s interpersonal needs be psychologically met while remaining physically alone? “TECHNOFERNWEH” is a journey into a universal soul, to examine and criticise the way we are living with each other. fernweh means “A FEELING OF HOMESICKNESS FOR A PLACE YOU’VE NEVER BEEN.” the piece explores the complexities within that emotion while being locked away in a cyclical hell. will these two fashion clowns ever find enlightenment or comfort in their hellish reality?

HEINRICH HALEY received training at the THEATRE SCHOOL at DEPAUL UNIVERSITY, where he concentrated in directing. he is a director, designer and performer interested in creating grotesque realities loaded with loud music, fashion and sex. he is passionate about finding the key into the minds of modern audiences, and always looking for ways to let his audience be in control of their experiences. he has been a member of COCK & BULL since the beginning, and loves having a home rooted in collaborative experimentation.   @bigheinie

JANIE KILLIPS is currently a playwriting student at the THEATRE SCHOOL and is originally from MADISON WI. most recently, JANIE music directed 35mm with the musical theatre collaborative where she is a co-artistic director and founder. JANIE also has worked with ARC THEATRE COMPANY, TWO LIGHT THEATRE COMPANY, INVISIBLE CROWN PRODUCTIONS, and COCK & BULL making videos and having an all-around good time.