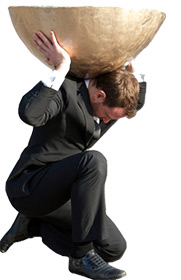 a performance art exchange between BOSTON and CHICAGO

THE PRESENT TENSE and DEFIBRILLATOR GALLERY are pleased to announce, ROUGH TRADE II, an exchange between performance artists working in BOSTON and CHICAGO. THE PRESENT TENSE has selected 6 artists to represent BOSTON in a live public event to be held at DEFIBRILLATOR GALLERY where director, JOSEPH RAVENS, has selected a group of artists to share their work in BOSTON at MASSART’S THE POZEN CENTER. this exchange is designed to highlight and build bridges between the powerful communities of action-based artists that currently reside in CHICAGO and BOSTON. in addition to the live events, THE PRESENT TENSE will produce a series of interviews with each participating artist that will be featured on their web archive, THEPRESENTTENSE.org. this will bring ROUGH TRADE II to an international audience.

MARILYN ARSEM has been creating live events since 1975, ranging from solo performances to large-scale interactive works incorporating installation and performance. she has presented her work in 27 countries throughout EUROPE, ASIA, the MIDDLE EAST and NORTH and SOUTH AMERICA. she is a full-time faculty member at the SCHOOL of the MUSEUM of FINE ARTS, BOSTON, where she teaches performance art, and is a graduate advisor.

In the past fifteen years, ARSEM has focused on creating works in response to specific sites, engaging with the immediate landscape and materiality of the location, its history, use or politics. sites have included a former cold war missile base in the UNITED STATES, a 15th century TURKISH bath in MACEDONIA, an aluminum factory in ARGENTINA, and the site of the SPANISH landing in the PHILIPPINES.

PHILIP FRYER is a BOSTON based artist who explores concepts of mortality, chaos and order, the body as a circuit, and the omnipresence of sound. he works primarily in performance but also utilizes noise, video and installation in his work. his recent exploration has been focused on using lo-fi technologies such as circuit bending and cassette tape loops, both as individual pieces and as elements of performances. PHILIP is a co-founder of THE PRESENT TENSE, an initiative that has organized 10 performance events since 2005 and has exhibited the work of over 200 artists. he has exhibited his own work at THE DARLING FOUNDRY (MONTREAL, QC), GRACE EXHIBITION SPACE (NEW YORK, NY), VERTIGO SERIES (CEDAR RAPIDS, IA), IDYLLWILD ARTS ACADEMY (IDYLLWILD, CA), and 100 YEARS of PERFORMANCE ART (BOSTON, MA).

DANIEL S. DeLUCA is a BOSTON based artist and MOBIUS member whose work explores structures and concepts related to globalization, art, and language. his practice draws from a range of both physical and conceptual frameworks as a means for creating art; including site-specificity, performance art, conceptual art, photography, and sculpture. DANIEL’S favorite audiences are unsolicited ones, often working in public spaces and in direct relation to local demographics. his work has been shown nationally and internationally in the context of private and public spaces, galleries, and performance art festivals. DANIEL is currently developing artistic research projects that investigate semiotics and the creation of new language, and densely populated reoccurring events around the world.

SANDRINE SCHAEFER is a BOSTON-based artist, writer, educator, and curator. SANDRINE’S ephemeral artwork explores cycles of the invisible becoming visible and the shared human experience of understanding the body in space, corporally and conceptually. her work utilizes the connection between cumulative action and endurance, by manipulating duration to challenge the parameters of real time. she believes that art lives in the body. through the body’s symbolic actions we can re-imagine the potential of our relationship with our environment.

SANDRINE has been the recipient of several grants, residencies, and has exhibited her work extensively both nationally and internationally. SANDRINE is a co-founder of THE PRESENT TENSE, an art initiative that produces and archives live art events and exchanges in transient spaces. to date, THE PRESENT TENSE has served as a resource for time-based art and has shown 300+ artists from across the globe.

SANDY HUCKLEBERRY artist statement: “In a current political environment in which there is enormous pressure to see in black and white, I think there is value in spending time in a world that requires infinite possibility of meanings and interpretations. using common, mundane objects, processes and colors, I recombine them so that the meanings and purposes of the acts and objects become unclear or questionable or ripe with new meanings. warmth and coolness are very important. the warmth of kindness and a welcoming atmosphere toward the performers and the audience members, the cool logic of an abstract point made. my work is often motivated by the feeling that we are at the end of something in our culture, that we’re all sitting around a dying fire, waiting to say goodbye.”

SANDY HUCKLEBERRY has been a performance artist and curator in BOSTON, MA for many years. she is currently a member of the MOBIUS ARTIST GROUP and was a member of TEST performance. she grew up in GREENWICH VILLAGE in NEW YORK CITY and received her art education at SMITH COLLEGE and the SCHOOL of the MUSEUM of FINE ARTS, BOSTON. she has performed in various locations in the world.

JEFF HUCKLEBERRY is an artist and educator living in BOSTON and has been performing art for the last 20 years, both nationally and internationally. he is a member of MOBIUS ARTIST GROUP and is the ARTISTIC DIRECTOR of TOTAL ART. he enjoys the bicycle, the hammer, the saw, the wood, his wife and son, his family, his friends, his work. (…except sometimes he doesn’t enjoy these things as much; it depends.) he is the son and grandson of far more practical people, which he tries to express in his art. some people say he is more handsome without his glasses, and his mother thinks it is time to stop getting naked in front of people. oh, and something about death.