Our FIRST EVER event was called SPARK and it happened on December 17, 2010. You can read about it in this terrific review by Zachary Whittenburg in Time Out Chicago. That fateful night also featured DJ SASHA HODGES and a performance by ADAM ROSE. We’re honored to have Sasha and Adam back to mark this five year occasion for which Rose will present a new solo work and Eryka Dellenbach will re-perform AUTO BODY, the piece Adam performed at SPARK in 2010. 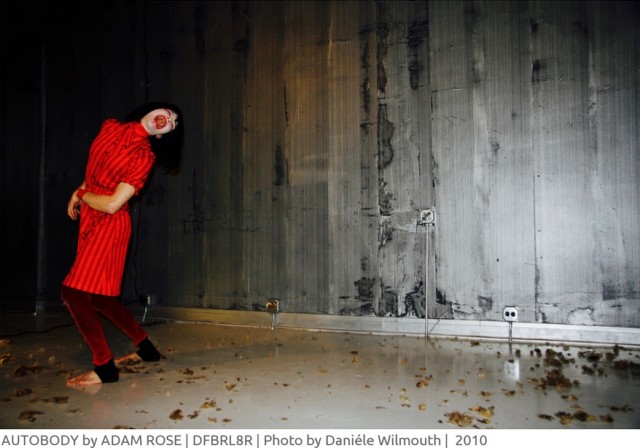 People always think we’ve been around for a long time because we became established so quickly. But we’re only FIVE YEARS OLD! That winter in 2010 we never would have imagined what we have accomplished. Throughout the years we have presented extremely talented performance artists including some well known names like Ron Athey, Zackary Drucker, Miao Jiaxin, Tori Wrånes, Lee Wen, Poppy Jackson, Wafaa Bilal, Kira O’Reilly, Jelili Atiku, Alastair MacLennan, Carlos Martiel, Lynn Lu, Manuel Vason, Marilyn Arsem, Tony Orrico, Jefferson Pinder, Guillermo Gómez-Peña, Tuan Mami, and many many more…

Fast Forward five years and we now get wonderful mentions in gallery guides like this one. Or amazing write-ups about our artists like this one in Hyperallergic. It’s hard to believe that June 2016 marks our five-year anniversary for Rapid Pulse International Performance Festival, an event that has gained international attention and respect. A lot of things are going our way. Defibrillator receives very little funding from outside sources. The majority of our income is earned through a day job held by the Director. We are a small group of people working really hard with very little to make big things happen. We are entrepreneurs and we do what it takes. That includes asking for money. Twice a year we ask the public for financial help: around New Year’s for facility improvements and again in April for Rapid Pulse. Both endeavors are worthwhile – truly. They benefit the artists, directly. OPERATION RENOVATION is a yearly strategy to improve our space so that we may better serve the artists we represent and our local community. In 2016 we are are focusing on the exterior of the building by renovating the facade and the courtyard. 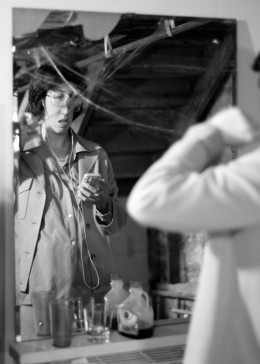 SASHA HODGES is an artist, DJ, stylist and co-owner of the vintage store Kokorokoko. Photo of Sasha by Paul Germanos (for his stellar blog Chicago Art World) taken backstage at Lyp Sinc Show, just before her performance.

ADAM ROSE is the Artistic Director of ANTIBODY CORPORATION, a mission based organization specializing in mind-body integration. Adam makes work from the standpoint of a theoretical Antibody — an amorphous body that evades categorization. Since 2009, Antibody Corporation has presented works spanning dance, performance art, film, and music, in Chicago as well as nationally and internationally. Rose is a graduate of Antioch College (2008), where he earned a BA in Dance. He has received several awards, including a Lab Artist Award from the Chicago Dancemakers Forum (2014), and a Tanne Award from the Tanne Foundation (2013). Founded in 2009, The Corporation collaborates with artists to create interdisciplinary works spanning dance, performance art, film, video, and music. WEBSITE | SOUNDCLOUD | VIMEO | FACEBOOK 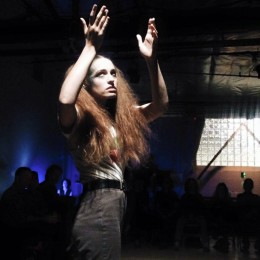 ERYKA DELLENBACH is an experimental filmmaker, performer and researcher based in Chicago who questions and explores human relationships, ruins, and the wavering simultaneity of the past and the present. Dellenbach received her BFA in Cultural Anthropology from the University of Illinois at Chicago. This year she was accepted into the Film MFA program at the School of the Art Institute of Chicago and is at work on a new work examining communication that happens beyond the word. Eryka Dellanbach Photo by April Lynn