Rosekill | Residency from MON 12 JUNE to SUN 18 JUNE with most performances FRI+SAT 16+17 JUNE at various times and locations in the rural landscape.

Spread Art [www.spreadart.org] is a “by artists, for artists” creative incubator designed to foster new creative work through residencies and collaborations with artists, curators, and arts organizations locally, nationally and internationally. Spread Art is a home to many Detroit based artists and serves as a place for the artistic community to experiment with new ideas, concepts and realizations and not be afraid to fail in the name of creative exploration.

Rosekill [www.rosekill.com/about] is an outdoor Performance Art gathering place on sixty acres of rural land in the Hudson Valley, upstate New York. In this beautiful place performance artists come from around the world to attend and participate in many outdoor festivals for Performance Art. 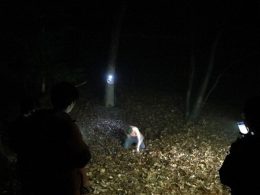 Holly Arsenault was born in October 1995 and currently resides in Chicago Illinois. They attend the School of the Art Institute of Chicago where they are completing their BFA. In Fall 2016 they were an apprentice at Defibrillator Performance Art Gallery in Chicago. They have shown at Dollhouse, The Bridge, Comfort Station, and Video! Video! Zine with whom they are currently working on a video artist statement. 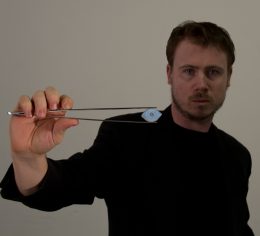 Andrew Barco [RP13 Alum] is an object, installation and performance maker based in Chicago, Illinois. His work is concerned with the often strange and improbable ways ideas and habits can be transmitted across cultural landscapes and through time. With an MFA in sculpture from the School of the Art Institute of Chicago, Andrew’s work uses craft and industrial histories, quirky and edgy relational gestures, and philosophical inquiry to create affective and thoughtful encounters. His work has been featured in group exhibitions in Durham NC, Baltimore MD, Hartford, CT, and Chicago, IL, New Orleans, LA. 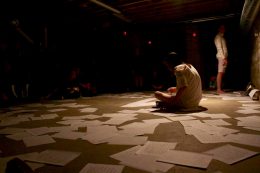 dyoskuri [Detroit only] Michael Lee Bridges + Jake Eveker is a conglomerate of Floridian heritage and Chicago sensibility. As a duo they seek to create performance work inspired by Greco-Roman mythology, Floridian hyper-capitalism, and millennial technological quirks. Their work, MANiKen, was used as reference material in a TEDxTalk in 2015 concerning performance work created in the collegiate environment. Hatched from the egg 2k13.

Máiréad Delaney “I work with violences laid upon bodies by vast, invisible systems. My questions lie around how to render these violences witnessed but not re-made, how to speak to hollow spaces made by enforced silence, and how to carry the burden of what we know, once we have come to know it.” 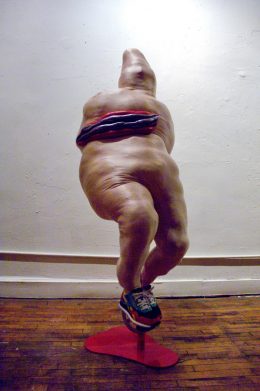 Joseph Ravens studied audiovisuals at the Gerrit Rietveld Academie [Amsterdam, Netherlands] before earning his Masters of Fine Art in Performance from The School of the Art Institute of Chicago. Ravens is a two-time recipient of the Illinois Arts Council Fellowship along with other grants and awards that have allowed him to build an international reputation. Ravens was included in 7a*11d (Toronto, Canada 2016), Bienal DEFORMES (Santiago, Chile 2016), Live Biennale Vancouver (Canada 2015), 20th Bienal Internacional de Curitiba (Brazil 2013), Venice International Performance Art Week (Italy 2012), and Intrude: Art and Life 366 (Zendai Museum, Shanghai, China 2008), among others. Ravens is founder and director of Defibrillator Gallery and co-founder and director of Rapid Pulse International Performance Art Festival. 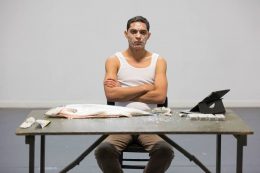 Carlos Salazar Lermont [RP13 + RP17 Alum] is a Venezuelan artist, producer, curator and educator, currently based in Chicago, USA. He has a BFA in Sculpture from UNEARTE (2012) and a Technical Highschool degree on Fine Arts in Drawing and Painting from the Escuela de Artes Visuales Cristóbal Rojas (2005). In 2013 he was distinguished with and Honourable Mention in the XVI Jóvenes con FIA Salon and in 2014 with the Salón Jóvenes con FIA 2.0/3 Prize. He also received an Honorable Mention for the curatorship of Desafío al Poder, framed in the International Contemporary Art Biennial of Los Andes. Salazar-Lermont has shown his work internationally in countries such as México, Argentina, United States, United Kingdom, Finland, Netherlands, Germany, Perú, Colombia, Dominican Republic and his home country, Venezuela. In 2014, he started P3 Plataforma Para Performance organization in Venezuela, to impulse the creation, dissemination, research and education related to Performance Art. In 2015 he created the International Performance Art Biennial of Caracas (BIPCA). He is currently studying a Dual MA program in Arts Administration & Policy and Modern and Contemporary Art History in the School of the Art Institute (SAIC) with the support of the New Artists Society scholarship.

Amanda Staples is an installation and performance artist, currently based in Chicago. By examining the ambiguity and origination of her experiences through symbolism in her materials and presentation, Amanda strives to provoke the dynamic between audience and author by objectifying emotions and investigating the duality that develops through different interpretations. This introspection becomes a cathartic and ritualistic exercise, thematically interrelating material for memory transference and reinterpretation. By contesting the division between the realm of memory and the realm of experience, the results are deconstructed to the extent that meaning is shifted and analysis becomes multifaceted. Amanda’s performances habitually push her body by the longevity of pieces, physicality and mental endurance, while her installations play on an exaggerated large-scale, the use of multiples, impermanence, and stimulation of the senses. A collection of her work also heavily experiments with themes of identity, femininity, maturation, and transformation. 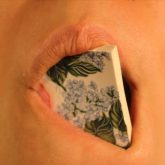 Maryam Taghavi [RP15 Alum] is a Tehran-born artist whose work manifests in photography, installation, video, publication, and performance, and (her work) is characterized by its ephemeral nature. She aims for an interchangeable role as both observer and participant, locating a potential agency in the role of the trickster. 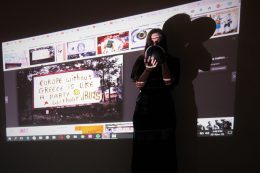 Angeliki Tsoli is an interdisciplinary visual artist and Fulbright Scholar from Athens, Greece currently based in Chicago, USA. She is pursuing an MFA in Performance Art from the School of the Art Institute of Chicago (SAIC). Tsoli serves as an independent curator and is a co-founder, with Francesco Kiais, of the performance platform [MIND THE] G.A.P – Gathering Around Performance, in Athens. Together, they aim to catalyse the cultural activity of performance by building bridges and facilitating networks through the inclusion of national and international artists. They organize performances, workshops, exhibitions and lectures in the field of performance art. Tsoli has been working predominately in the field of performance art for a number of years since studying in Spain at Universitat Politècnica de València (UPV) and with the Erasmus European Exchange Program and Bartolomé Ferrando. Angeliki graduated with distinction from the department of Fine and Applied Arts from Aristotle University of Thessaloniki. Tsoli is interested in radical education through the medium of performance and her work explores the political, poetic and displaced body.

Upended Teacups is the collaborative identity of artists Stefanie Cohen and Corey Gearhart,. Since 2010, we have presented our performance works and site-specific installations —exploring the inner lives and fantasy worlds of everyday objects and activities — at SITE:Lab, Grand Rapids; Sidewalk Festival, Porous Borders, Spread Art and Teatro Chico, Detroit; SOMAFest, NYC; Links Hall and The Chicago Cultural Center, Chicago, and in movement-based performance festivals in Chicago, Michigan and Wisconsin. We teach workshops in movement and generative artistic process in private studios, festivals and academic institutions; and curate performance through our space, Light Box in Detroit.

Allison Baker b. 1988 Earned her MFA in Sculpture from the Rhode Island School of Design, a BFA in Sculpture and BA in Gender Studies from Indiana University. Her work investigates hegemonic femininity as a site of transgression and resistance. Allison is contrary, contradictory, and almost always wrong. Currently, she is an Assistant Professor of Sculpture and Studio Art at Hamline University where she tries to impart some knowledge of finesse, persuasion, and manual labor.

Statement: We sad girls are bad girls. Blatantly refusing to act properly, show decorum, and be the well-mannered darlings we were raised to be.

Thomas Bell is a sonic, visual and multimedia artist living in Detroit. Integrating mediums across artistic platforms is a primary focus of his work. Thomas studied Jazz Performance at Berklee College of Music in Boston and Ethnomusicology at Florida State University. While in New York City, Thomas was a co-founder of Bushwick Open Studios, which led to the development of the nonprofit Arts In Bushwick. In 2008, Thomas founded Spread Art to support emerging artists through group and solo exhibitions, performance showcases and residencies. Prior to moving to Detroit, he served as the Managing Director of the Center for Performance Research, a state of the art nonprofit performance facility in Brooklyn, NY.

Jessica Lynn Schlobohm (MFA Fine Art, Goldsmiths) makes sculptural installation that combines interests in mythology, symbolism, embodiment and materiality. Schlobohm’s totemic objects directly reference primitive devotional objects. Presented in a gallery context, these objects (or artefacts) draw a line through deep time from a suggested place of ritualistic worship to the museological. Each piece is finely crafted from alternative, every day materials including baseball leather, cigarettes, cigars or pig intestine. This subtle undermining of expectation combines the magical and mythological with the contemporary, and utilises materials derived from popular American culture, creating an intelligent interplay between high and low; real and imagined; primitive and modern; symbolic and literal.