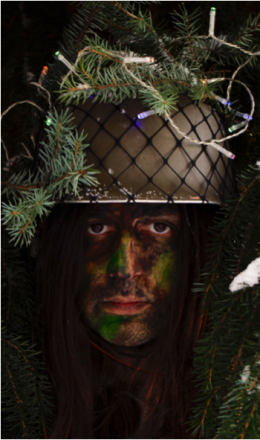 opening features a performance by Tomasz Szrama at 8PM

Out of Nowhere is about artists who harness the unexpected; conjuring magical moments from thin air. The artists in this exhibition have in common their use of everyday objects and their skillful manoeuvres to transcend the quotidian. Improvisation, participation, risk, and all things unexpected come together.

Szrama and Longega are Defibrillator’s inaugural Performance Artists In Residence [PAIR]. The PAIR Program invites national or international artists to spend three weeks in the historic Bridgeport neighborhood of Chicago to make and show artwork and engage with the community. Focusing on performance art practices, visiting artists are asked to present live performance art in a shared program; exhibit visual art as part of Zhou B Art Center’s popular FRI3RD; and interact with the community through a workshop, artist talk, discussion, screening, or collaboration. 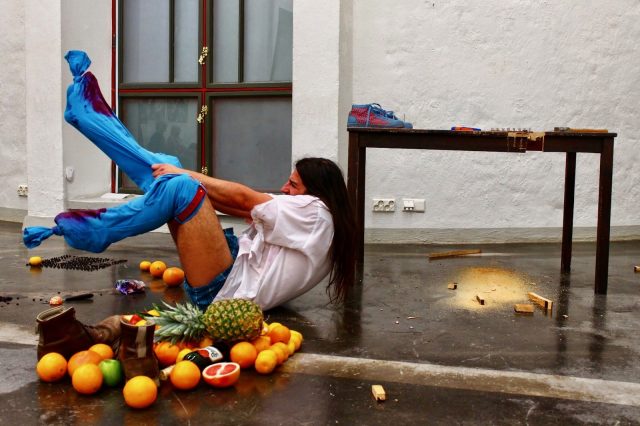 Tomasz Szrama [www.tomaszszrama.com] (b. 1970 in Poland, lives in Helsinki) graduated in 1998 from the Academy of Fine Arts in Wroclaw, Poland and currently lives in Helsinki, Finland. Szrama shifts between multiple disciplines, including photography, video and other time-based works. Regardless of the medium, a dominant thread, common in his work is the use of his own body and methods of performance art, which he practices since 1995. Characteristic feature of his work is the use of spectators, active participation of the audience and improvisation. Such a strategy embeds his presentations into the tradition of understanding performance art as a process art, where the very moment of creation is essential. His work touches on themes of travel, trust in interpersonal relationships, and the ever present potential for personal failure. Szrama has been regularly performing internationally in various events and festivals in Europe, Asia, Africa, North and South America. Further, over the past 10 years, he has been an active performance art event organiser. Between 2005 and 2013 he co-organised with Willem Wilhelmus Art Contact and New Art Contact, a series of performance art events that took place in various locations in Helsinki. In 2011 he co-organised Fake Finn Festival of Experimental Art, that took over HIAP Gallery Augusta for three days, showcasing the work of 21 artists. In 2013 Szrama co-organised Uprooted Fake Nations Festival, a three-day event that presented 16 international and local artists at HIAP Gallery Augusta. Further, he, together with performance artist Liina Kuittinen, organised a series of events titled Tonight in 2014–2015. In 2016 he curated the 18th edition of the International Art Festival Interakcje in Poland. Szrama has worked as a producer, designer, technical manager and has been responsible for organising live art events at HIAP – Helsinki International Artist Programme. Recently teaches, gives lectures, and offers workshops. Szrama is a working grant recipient from the Arts Promotion Centre Finland for the year 2016 as well as the years 2018–2020 and from the Kone Foundation for 2017. His residency is made possible with support from the Finnish Cultural Foundation and Arts Promotion Centre Finland. 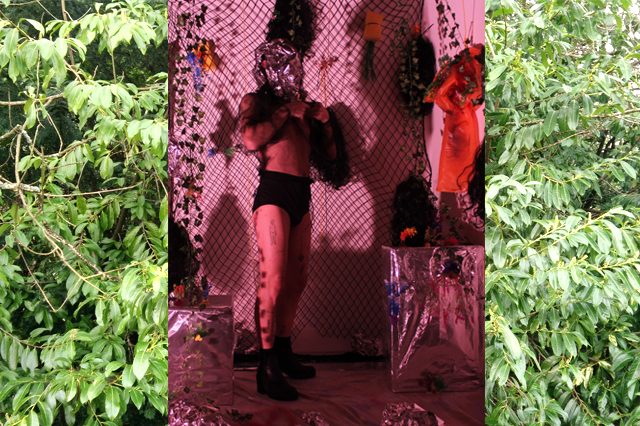 Gabriele Longega | How To Be Sentimental Without Being Emotional 2019

Gabriele Longega [www.gabrielelongega.com] (b.1986, Venice; lives in Glasgow) is interested in exploring the relation between queerness and utopia, and how being queer/trans/migrants leads to the creation of alternative spatiality and temporality, outside the gendered capitalist production, labor, and architecture. As José Esteban Muñoz said “queer utopian performativity suggests another modality of doing and being that is in the process, unfinished. […] The “should be” of utopia, its indeterminacy and its deployment of hope, stand against capitalism”, Gabriele’s work explores this utopian “not-yet”, allowing them to play with the construction of gender and sexuality. In their performances, actions and the use of found objects become tools to create new possibilities, sexualities, and alternative geographies; by activating the environmental installations created. Specifically, how nonconforming/trans/dysphoric bodies relate to these new surroundings, camouflaging and contaminating them. Their performances question the space between public and private, human and nature, body, and desire, and explore the concepts of hiding, waiting, melting, and bleeding. Their work has been presented at the Venice International Performance Art Week (IT) (also performing with La Pocha Nostra and Martin O’ Brien), Performa Festival (CH), Moving Bodies Festival (IT), Viafarini (IT), CREATurE Live Art (LT), and ]performancespace[ (UK). 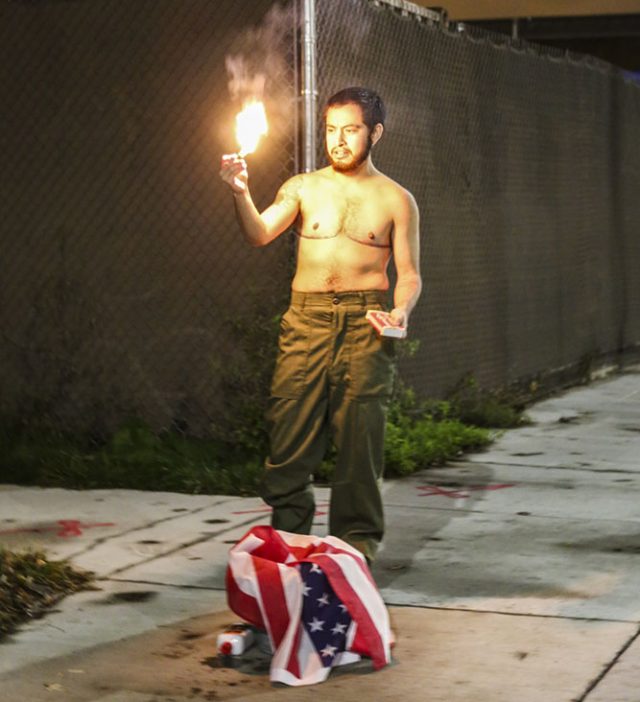 DFBRL8R is an international platform for Performance Art that embraces those who look to the body in concert and conversation with time, space, object, or society. Bold and courageous programming aims to provoke thought and stimulate discourse surrounding the discipline of Performance Art. DFBRL8R is part of Zhou B Art Center a complex founded in 2004 by the Zhou Brothers in Chicago’s historic Bridgeport neighborhood with a mission to to engage in cultural dialogue through contemporary art exhibitions and international programming.