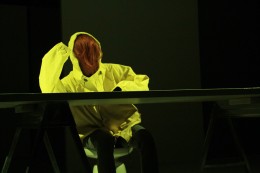 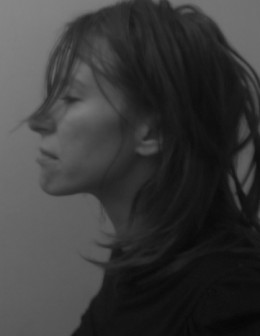 SELMA BANICH is an artist, activist and a happy housewife, living and working in ZAGREB. co-founder and program coordinator of ekscena, a prize-winning platform for education and research in performing arts. author, artistic collaborator and performer with OOUR, a ZAGREB based collaborative performance group and TRAFIK, a RIJEKA based theater group, member of the FIRST INTERNATIONAL INSTITUTE for DISASTER and CHAOS and performer with EVERY HOUSE HAS A DOOR, a CHICAGO based performance group. when not working in theater, she lives a simple life of an admirer of nature, mankind and web 2.0.

supported by the CITY OFFICE for CULTURE ZAGREB and

the MINISTRY of CULTURE of the REPUBLIC of CROATIA

PETER CARPENTER has dedicated the majority of his career to excavating relationships between dance and social justice. his body of work concerns itself with relationships between representational strategies and performance frame—recognizing the potent and complex entanglements between concert dances and discourses of the civic. his work has been commissioned by the EXPERIMENTAL MEDIA and PERFORMING ARTS CENTER (TROY, NY), the ASHLAND ART MUSEUM (CHAPEL HILL, NC), LUCKY PLUSH PRODUCTIONS and SPDW DANCE THEATRE (BOTH IN CHICAGO) as well as numerous university dance and theatre programs nationally. he recently collaborated with film director DANIÈLE WILMOUTH and the 30-piece punk rock marching band MUCCA PAZZA on the dance film Fanfare for MARCHING BAND. FANFARE… has been selected for screenings at numerous film festivals including the CHICAGO DANCING FESTIVAL at the MUSEUM OF CONTEMPORARY ART, THE EXIS FILM FESTIVAL (SEOUL), ANTIMATTER FILM FESTIVAL (VANCOUVER), DANCE CAMERA WEST (LOS ANGELES) and the NEW YORK DANCE for CAMERA FESTIVAL at LINCOLN CENTER. CARPENTER is an associate professor at the DANCE CENTER of COLUMBIA COLLEGE where he teaches courses concerned with history, composition and cultural studies.

RITUALS of ABUNDANCE for LEAN TIMES #7: DIVISIONS of LABOR

the most recent installment in an ongoing cycle of dances interrogating societally pervasive myths of scarcity, RITUALS of ABUNDANCE for LEAN TIMES #7: DIVISIONS of LABOR examines the politics of choreographic process from the standpoint of the solo choreographer/dancer. drawing from marxist perspectives on labor and capital, CARPENTER identifies the distinct yet inter-related processes of dancing and choreography as a struggle for agency that resonates beyond the concert stage and into arenas of privilege and access to power.

CARPENTER began working on the RITUALS of ABUNDANCE cycle in fall 2011 as a means to interrogate perceptions of scarcity that became increasingly vivid in the wake of the recent global economic recession. In finding alternative economies and value systems— often in human exchanges that evoke bravery and compassion—this collection of dances comments implicitly on societally pervasive failures to equitably distribute abundantly available material resources. rather than levying this critique in a single direction outward from the performance, CARPENTER reflexively unpacks his own choreographic processes as evidence of the way in which power reproduces itself throughout the production of the dance event. meta-theatrical text, complex movement vocabularies and fractious compositional tactics have marked the cycle thus far.