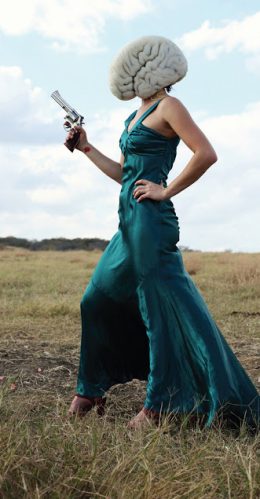 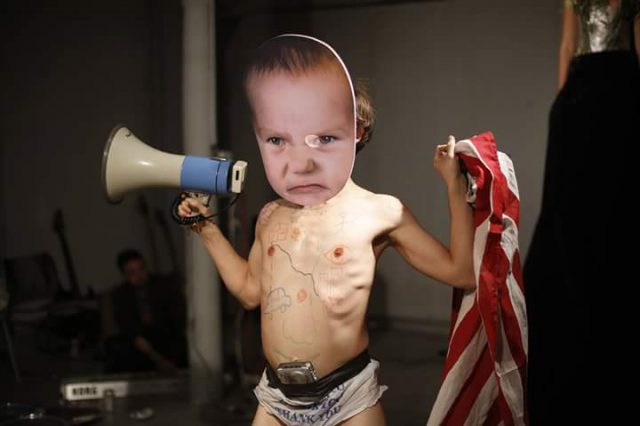 Around the name NON GRATA there have been different hushes and shushes for a long time. Already from the point of view of death of conventionalization of art it has embodied the horrible and unwanted disembodiment of human person, from which the meaninglessness of nowadays art, is pouring out. For those, whose world of arts starts from the point, where the art world ends, NON GRATA has been a liberator, the orphic gap in the seemingly unalterable course, which however betrays us, it is a cure from incest. The main point of the group is ethical – it is the image of primitivism, impersonality and experimental creativity. The performances of the group take place according to the logic of avoiding codes. The presentations are physical texts, whose ways of orthography and reading are kept within limits of real actions by the group members. Aesthetical and provocative challenges are represented in places, where the Art World doesn’t work. 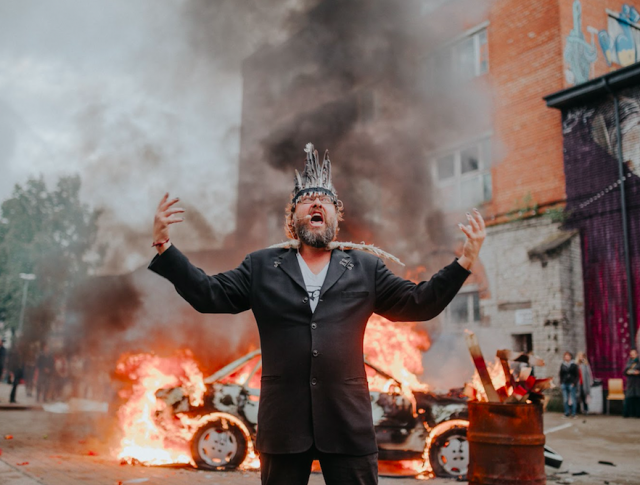 [Curator] ANONYMOUS BOH via non-stop world tours, performances, exhibitions, and publications, has created one of the most representative, significant, timely and transformative art movements in all of history. As Ring Master, Boh has become the Wild Bill Hickok, the P.T. Barnum, the Alfred Jarry, the Tristan Tzara, the Ezra Pound, the Orson Welles of our Era. We have entered The Apocalypse, The Storm. Boh, implementing all The Arts via NON GRATA’s Diverse Universe global performances, reveals to us not only where we presently stand in The Storm but he also conjures visions of our soon to be realized post-apocalyptic absurdly playfully tormented kaleidoscopic landscapes.

KINOBOX OBSCURA [Finland] is known for inventing the first 3D camera obscuras in the world. Since 2013 the artists have been building houses out of old 35mm movie transport cases [trademark Kinobox] in Finland and Estonia. In 2014 the team took part in “Parallax – Geographical Resonances” exhibition in Mexico, where they built a 3D camera obscura house out of local movie boxes. They also built the first mobile 3D camera obscura – KO Silvershadow the bike for that same exhibition. Since that they have built an European version of that 3D camera obscura bike [2015] and a 3D camera obscura boat [2016]. And in 2017 they built the 3D camera obscura house in Bielefeld Germany. The members of Kinobox Obscura crew have a long history in making art in its different forms: be it music, fine arts or performance art. The founding members of Kinobox Obscura CW01 and Poesiloe have been working together for over two decades in different projects. CW01 plays in the band his own unique self-made instruments and Poesiloe has been working with the band as a vj and live visualist. The both are also members in Russian-Finnish performance/music group The Execution of Music – Poesiloe as a singer/poet/lyricist and Risto as a musician.

WILD TORUS is the eccentric brainchild of female and male counterparts and their collaborating spawn, on a descent into an apocalyptic abyss of digital and sculptural ARTifice, working out of Capitol Beltway inbreeding in a post-Cold War malaise between clashing Russian bloodlines, mental contortion in the American South, abandoned wormholes in Castilian language, gradual suburban numbing, urban hyper-stimuli, etc, etc.

This project is part of Zhou B Art Center 3rd Fridays. The evening also includes ::

The Zhou B Art Center is a private non-government funded complex that facilitates the exchange of contemporary art between Chicago and the international art community. Founded in 2004 by the Zhou Brothers in Chicago’s historic Bridgeport neighborhood, The Zhou B Art Center has a mission to engage in cultural dialogue through contemporary art and international programming.

DFBRL8R [a.k.a. Defibrillator Gallery] was formed in 2010 as a platform for Performance Art. DFBRL8R is a 501c3 organization made possible with support from The Reva and David Logan Foundation; Apis Mellifera Fidelity Charitable Grant; Elizabeth Morse Genius Charitable Trust; Martha Strutters Farley and Donald C. Farley, Jr. Family Foundation; Zhou B Art Center; DFBRL8R Board of Directors; and generous contributions from our loving community.