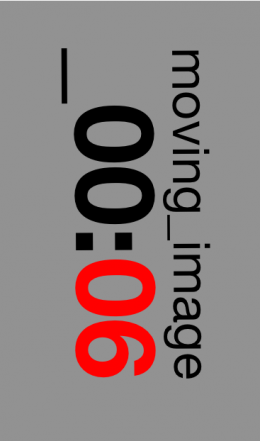 participating artists for the sixth screening include:

Moving_Image_00:00 is a bi annual festival of the moving image showcasing current video work created by Chicago based artists through an open call. It is intended that the open call have no restrictions on theme so that a collective consciousness may arise from the works submitted. Each screening is curated by an invited guest from the Chicago arts community alongside directors Santina Amato and Sarah Skaggs.

“Moving_Image_00:06 begins with remnants of the past. Of a seemingly faraway, quaint yet desolate memories of spaces often called home. The persistent imagery of the home gives way to formal inquiries of pattern and movement defined by color and texture. Rotating patterns illuminate pulsating heartbeats. Physiology develops  quickly into philosophy to illuminate a slower speed of light. Time slows down and words travel up and are caught on bodies. The gesture continues to be dragged through garden plants and ends in the night.

The films in this program tangentially acknowledge traditions of structuralist film to contemplate what it means to inhabit a space. Space can be physical, mental, emotional, or structural. Through various avenues of linguistics, nostalgia, philosophy, materiality, and physiology, the works accentuate the poetics of quietude to provide respite from the fast-paced nature of the world we live in today. And to share the creative community of Chicago’s moving image-makers in the same time-space.” 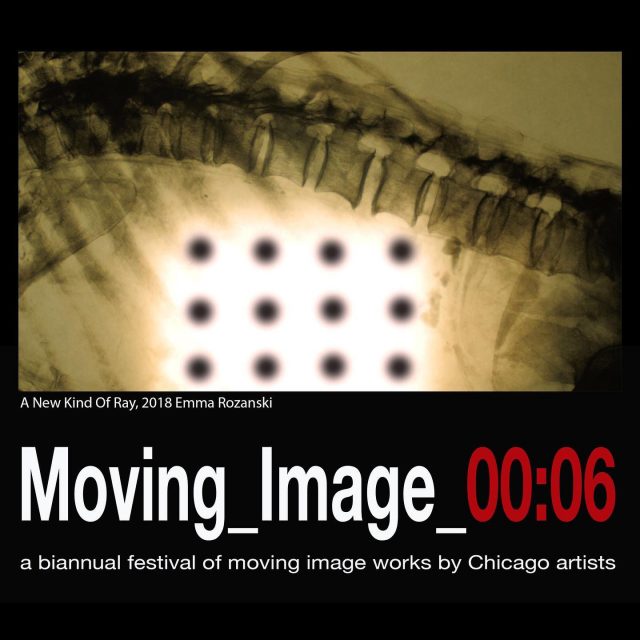 From digital and hand drawn animation to polished short films, Gifs to experimental performance for video, Moving_Image_00:00’s mission embraces an open call policy so that no artist feels excluded by the content of their work while allowing a collective theme to naturally present itself through the curatorial process. By keeping the submission process free, our aim is to showcase locally made work to local audiences and provide opportunity to artists making moving image works regardless of gender, race, age, sexual orientation, financial status, able-ness or otherwise. Moving_Image_00:00 aims to be a space where artists are supported, celebrated, and given an opportunity for their moving image work to be presented to the public.