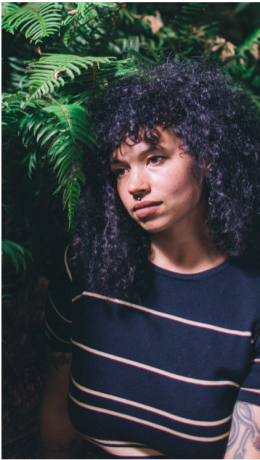 Tiny Garage is when Defibrillator Gallery amplifies artists who hold sound at the center of their practice. Beginning in the garage behind our Chicago Avenue location in 2017, this eclectic sonic series has generated a strong following and is an important platform for artists working in a variety of aural forms.

no.no.no.NO will have t-shirts + buttons + music available for purchase. All proceeds will benefit Project Fierce, who create affirming transitional housing for LGTBQIA+ youth in Chicago.

R A W Space is an alternative exhibition venue in a large garage curated by DFBRL8R. Find it near the intersection of W 33rd Place and South Morgan Street in Bridgeport. 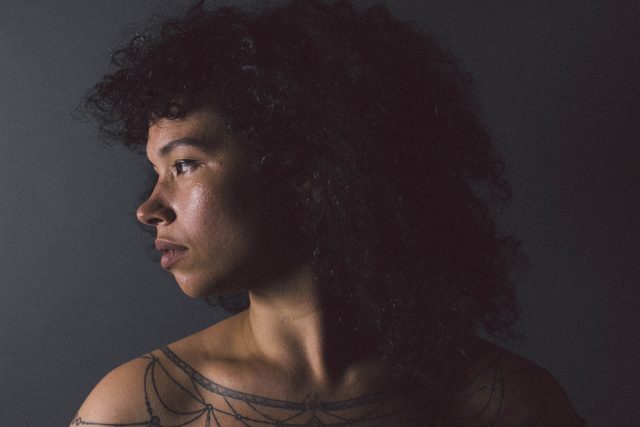 Holland Andrews is an extended technique vocalist, composer, and performer based in Portland, OR who combines delicate vocal layerings to create dissonant and cinematic soundscapes. Andrews is a musician whose influences include contemporary opera, musical theater, as well as experimental genres such as ambient and noise music. Andrews also performs under the stage name, Like a Villain. In addition to creating solo work, Andrews frequently collaborates with artists for dance, theater, and film. Their vocal style is known to traverse a vast terrain of textures ranging from opera to distorted vocalizations. Their composition style is marked by multitudes of dense vocal layers and textures woven together to become a sprawling emotional tapestry – commanding spaces for both discord and intimacy. Touring worldwide, Holland Andrews is based in Portland, Oregan, and has received recognition from the New York Times, Le Monde, and La Republica, among others.

> Andrews is in Chicago to perform at the Museum of Contemporary Art in Unwanted, a choreographic work by Dorothée Munyaneza. 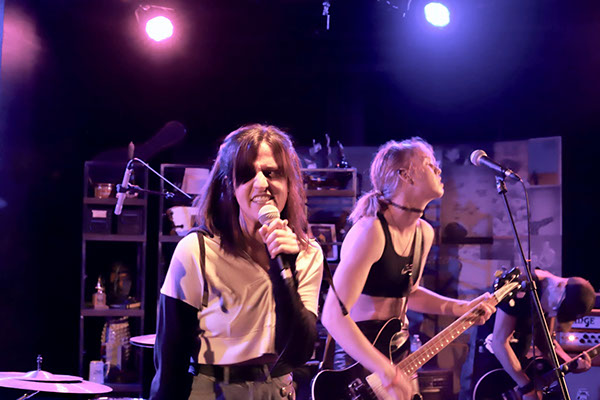 no.no.no.NO draws #resistance from the kinetic energies of riot grrrl, punk, funk, R&B, industrial, and hip hop. We follow those who #resisted and #disrupted before us with their music like Bikini Kill, Le Tigre, MC5, Black Flag, The Clash, Patti Smith, The Plasmatics, Ministry, Revolting Cocks, Sly and the Family Stone, Syl Johnson, The Staple Singers, Baby Huey, Public Enemy, Body Count, NWA, and Rage against the Machine.

We say no to those who spread xenophobia, homophobia, and Islamophobia.

We say no to those who systematically marginalize and disenfranchise any individual or community based on race, religion, ability, or gender.

We say no to leaders who attempt to defund programs that encourage, enrich, and preserve our understanding of diverse human experiences.

We say no to a government that interferes with scientific investigation and exploration.

We say no to any systematic attempt to limit the press and curtail the right to assemble in protest.

We say no to those who disseminate #AlternativeFacts.

We say no to sexual predation and legislation that strips women of bodily autonomy.

We say no to any attempts to normalize the unconstitutional increase of authoritarian state power.

We say no to a government that criminalizes, punishes, and shames poor people.

We say no to the increased militarization of a police state that is grounded in anti-blackness. 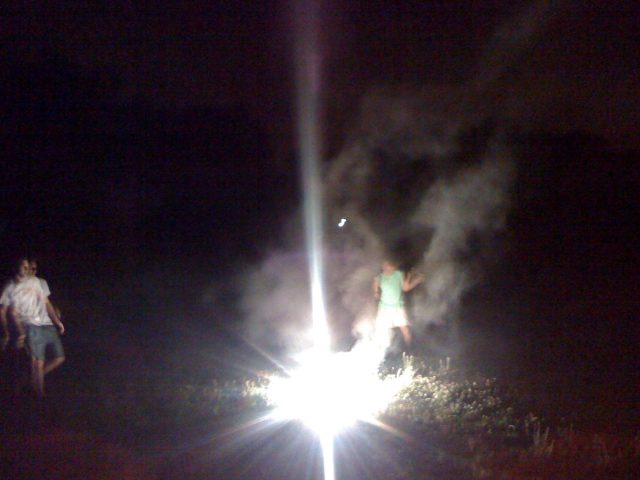 Ree-Yees comes from Kansas: a sentient rhythmic vibe reborn into human body hosts every generation. This generation Ree-Yees has selected Eric Ratzel and James Wetzel as its host. Manifested through their bodies, Ree-Yees operates on the bleeding edge of Electronic Dance Music, Jazz, and Brazilian/West-African tonal and rhythmic qualities. Here improvisation renews its connection to musicianship and dance usurps the recording as music’s crowning achievement. With fuzz, ruckus, groove, and joy, Ree-Yees seeks in every generation to dissolve the disparate multitude of named egos into the univocal being of the vibrating plane and its serene anonymity.

Tiny Garage is made possible with support from The Zhou B Art Center, a private non-government funded complex that facilitates the exchange of contemporary art between Chicago and the international art community. Founded in 2004 by the Zhou Brothers in Chicago’s historic Bridgeport neighborhood, The Zhou B Art Center has a mission to engage in cultural dialogue through contemporary art exhibitions and international programming.