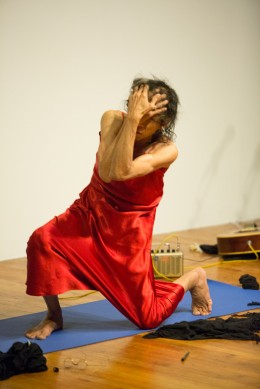 FREE WITH RSVP or $5 at the door and begins with a reception at 7PM at the same location. 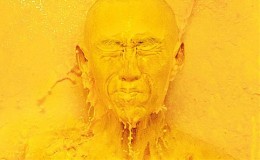 LEE WEN (b. 1957) is one of SINGAPORE’S most internationally renowned artists. he came to prominence during the late 1980s and early 1990s, at a time when contemporary art in SINGAPORE was gaining public attention for its social, political and identity critique. LEE WEN was a member of the ARTIST’S VILLAGE, an experimental independent art space and community founded by TANG DA WU (b.1949) as well as the sole ASIAN member of the performance collective BLACK MARKET INTERNATIONAL. after a ban on public funding for performance art in SINGAPORE, from 1994 to 2004, LEE WEN, and his ARTISTS’ VILLAGE colleagues, grew in their resolve and determination to bring contemporary art to a larger audience. In 2003, he founded FUTURE of IMAGINATION, an annual event in SINGAPORE aimed at redefining rekindling interest and visibility of time-based art. best known for his traveling performance series starting in 1992, “Journey of Yellow Man,” where he covered his body in yellow pigment to express his ethnic identity as an Asian, his work has explored everyday realities through the use of metaphors, blogs, poetry and song. as a multi-disciplinary and multi-dimensional art, his works include “WORLD CLASS,” in 2000, a commentary on SINGAPORE’S global ambitions, CHEWING GUM paintings, 2005, an ironic critique of SINGAPORE’S stringent laws and a revisiting of YVES KLEIN’S ANTHROPOMETRIES in 2008, where he doused himself in yellow paint instead of blue and flung himself against a large canvas. in 2005, he was the recipient of the most prestigious award for art and culture in SINGAPORE, the CULTURAL MEDALLION.

in reference to a recent solo exhibition of his work, TAN BOON HUI, director of the SINGAPORE ART MUSEUM has stated:

his practice reflects his commitment to art that is rooted in local SINGAPOREAN issues but resonates with the world at large. it challenges everyone to think differently and critically about art.

a regular at performance festivals around the world, including VENICE PERFORMANCE WEEK, ASIATOPIA and the NIPPON INTERNATIONAL PERFORMANCE FESTIVAL in JAPAN. LEE WEN has dedicated his life to art. recently, his aging and afflicted body has also become a subject of his work and has not deterred him from persevering in his craft. 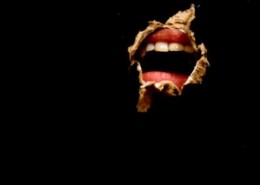 CHAW EI THEIN (b. 1969) is an acclaimed artist and activist from MYANMAR (BURMA.) currently in political exile in NEW YORK, she was educated in YANGON (RANGOON). she studied art at an early age under the mentorship of her father, painter MAUNG MAUNG THEIN. trained as a painter, her work grew pluridisciplinary and conceptual over time. in 2008, she was invited to participate in the SINGAPORE BIENNALE and 2009, received an ASIAN CULTURAL COUNCIL FELLOWSHIP and residency in NEW YORK. her performance works have drawn the most attention, 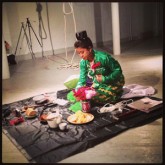 especially a collaborative street performance that she conducted with fellow BURMESE artist HTEIN LIN that prompted a police interrogation in 2007. since her exile, she has explored issues of feminism and political persecution in her native BURMA. she has participated in international performance festivals such as the NIPPON INTERNATIONAL PERFORMANCE FESTIVAL in JAPAN, ASIATOPIA in THAILAND and RAPID PULSE in CHICAGO. she has also performed at GRACE SPACE in NEW YORK.