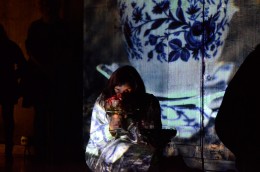 ANYA and THEO both have family in eastern KY, RAE used to live in eastern, KY. DIMA has never been to eastern KY, but he and MATT are professors at the UNIVERSTIY of KENTUCKY in LEXINGTON, with RAE. TREVOR grew up near LEXINGTON and attended TRANSYLVANIA UNIVERSITY WITH THEO. common connections tie these artists together in five performances each night -¬‐ TWO NIGHTS from KENTUCKY. 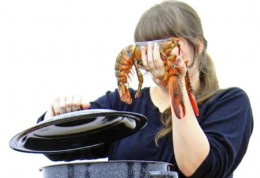 her work, “THE ANXIETY OF INFLUENCE,” was an intervention into MARINA ABRAMOVIC’S “THE ARTIST IS PRESENT” retrospective at MOMA. LIFTIG dressed as the elder artist and sat across from her all day. her work has been published and written about in THE NEW YORK TIMES MAGAZINE, BOMB, THE WALL STREET JOURNAL, VOGUE ITALIA, MARIE CLAIRE ITALIA, HEEB, PUBLIC CULTURE, ART PAPERS, X-¬‐TRA, ARTNEWS, THE L MAGAZINE, THE OTHER JOURNAL, JEWCY, MIX MAGAZINE, KATALOG, NEXT MAGAZINE, NOW and THEN, STAY THIRSTY, NEW YORK MAGAZINE, GOTHAMIST, JEZEBEL, ANIMAL NEW YORK, I LOVE YOU, ART ANIMAL, HYPERALLERGIC, BURNAWAY and many others.

she is a graduate of YALE UNIVERSITY and GEORGIA STATE UNIVERSITY and has received grant and residency support from the MACDOWELL COLONY, THE FIELD, VERMONT STUDIO CENTER, UNIVERSITY of ANTIOQUIA, CASA TRES PATIOS-¬‐MEDELLIN, COLOMBIA, and FLUX PROJECTS, ATLANTA.

“live.prime.real.time” – bands come up with concept albums, conceptual artists come up with bands. well, they do if they are MATHEW PAGE and DMITRY “DIMA” STRAKOVSKY; and they are interested in populist position of rock music; and self-reflective qualities of contemporary art; and they don’t mind shifting their cultural gears every song of every set.

DIMA is a native of RUSSIA (ST. PETERSBURG, 1976). he has lived in US from 1988 and completed his MFA degree at THE SCHOOL of the ART INSTITUTE of CHICAGO. his work spans a variety of media and has been shown both nationally and internationally.

MATT was born in KENTUCKY in 1979. he received his MFA from VERMONT COLLEGE of FINE ARTS. MATT’S works are often influenced by his 15 years as a musician. he has shown nationally and his current musical project, DREAM THE ELECTRIC SLEEP, is receiving international attention for its album “LOST AND GONE FOREVER”. 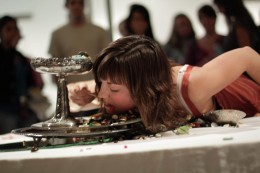 RAE GOODWIN currently lives in LEXINGTON, KY and works as the DIRECTOR of FOUNDATIONS at the UNIVERSITY OF KENTUCKY. in her work, she uses a process of self‐reflection and analysis to prompt the viewer into a self‐reflective state, where concepts of identity, family, community are challenged. GOODWIN relies on repetitive processes and suggestive materials that are evocative of her past, gender, faith and community. her performance and sculptural works have been shown in NEW ZEALAND, MCCOLL CENTER for VISUAL ART in NORTH CAROLINA, FRANCE, BRUSSELS, THE CONTEMPORARY in ATLANTA and ELSEWHERE. she earned her MFA in SCULPTURE from WINTHROP UNIVERSITY. GOODWIN’S current work is an investigation of maternal ancestry. RAE GOODWIN photo by CHLOE BASS 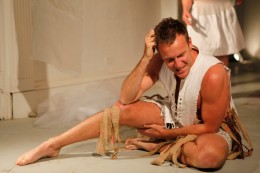 THEO EDMONDS, JD/MHA/MFA earned his BA from TRANSYLVANIA UNIVERSITY in LEXINGTON, KY and his JD/MHA from TULANE UNIVERSITY in NEW ORLEANS. while still in his twenties, he became administrator of one of the most respected heart and vascular programs in the UNITED STATES. he went on to lead the heart and vascular development strategies for the southeastern region of the nation’s second largest hospital corporation and for the largest medical facility in HONOLULU, HI. then, he encountered a difficult problem… he decided he wanted to be happy.

currently, THEO is an artist-entrepreneur. in his role as CREATIVE DEVELOPMENT DIRECTOR for RESIDENCY UNLIMITED (BROOKLYN, NY), he is the brain behind I.D.E.A.S. 40203 — a 501(c)(6) CONTEMPORARY ART CHAMBER of COMMERCE with the mission of increasing collaboration between artists + business entrepreneurs. I.D.E.A.S. 40203 (INTERNATIONAL DIALOGUE & ENGAGEMENT ART SPACE + zip code), is located in LOUISVILLE, KENTUCKY. 40203 is the 13th poorest zip code in the UNITED STATES. 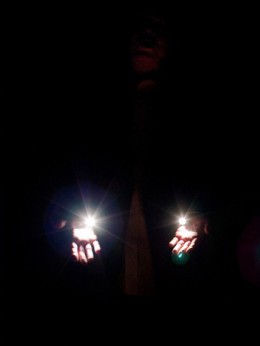 based in CHICAGO, TREVOR MARTIN is a multi-¬‐media artist, educator, and arts administrator. since 1996 he has collaborated with fellow artist KYM OLSEN as part of the ensemble “MORGANVILLE” producing durational events, performative videos and audio works, curated projects, and evening-¬‐length performances. throughout its history, MORGANVILLE has engaged other artists in special projects; the 2007 film A HERETIC’S PRIMER results from a collaborative investigation with CHICAGO filmmaker DANIELE WILMOUTH. TREVOR MARTIN photo by JOHN SISSON

TREVOR received his BA in 1992 from TRANSYLVANIA UNIVERSITY (LEXINGTON, KY) and his MFA in 1998 from THE SCHOOL of the ART INSTITUTE of CHICAGO (SAIC) and has exhibited and performed in venues both locally and nationally. as an educator, he has taught numerous workshops at CHICAGO’S MUSEUM OF CONTEMPORARY ART, LINKS HALL, and COLUMBIA COLLEGE as well as studio and art history courses in the film/video/new media, performance, and art history departments at SAIC. he currently serves as the DIRECTOR of EXHIBITIONS at the SAIC.