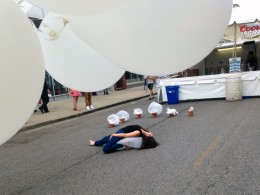 APP aims to embrace that nostalgic connection we all have with inflatable objects.
featuring: 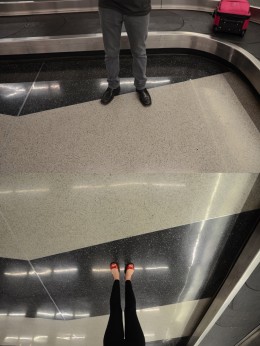 the collaborative DIAZ LEWIS (chicago/cuba) formed in OCTOBER 2012 when the couple ALEJANDRO FIGUEREDO DIAZ-PERERA and CARA MEGAN LEWIS received an unexpected invitation from the NATIONAL BALLET of CUBA to participate in a group exhibition marking the anniversary of the CUBAN institution. words spoken are like pockets of air, or simply audible exhales. our body is an air container, our lungs – the receptacles. every word we speak holds the potential to either become a symbol or to dissolve into oblivion. in “I AM NOT MYSELF (reembodied voice)” DIAZ LEWIS will explore the potential of the voice as a disembodied entity and the power of words to live on beyond the life of the one who first delivered them. 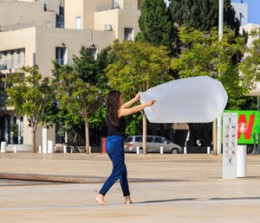 creates movement-based performances that explore the temporal and spatial aspects of bodily experience, incorporating objects, sound, installation, text and site-specific practices.  “LAMENT of PLASTIC” takes its inspiration from the playful game of discovery children sometime engage in upon encountering an unfamiliar object. 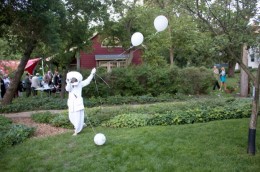 QUEEN of LUXURIA – CARRON LITTLE is currently artist in residence for CHICAGO DEPARTMENT of CULTURAL AFFAIRS & SPECIAL EVENTS working on a citywide project public performance project entitled ‘CITY ALIVE with DREAMS’. there is a well-known saying ‘the elephant in the room’ which stands for all the things that people do not want to talk about. this performance, “ISLANDS in the SKY” fuses text, music and invites the public to create the content making one wonder who is the elephant in the room?! 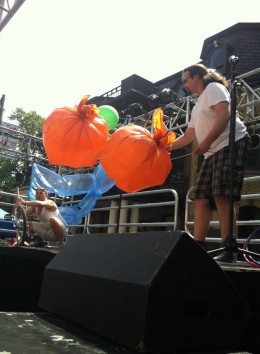 – GREY KIMBER PIITAAPAN MULDOON moves awkwardly or fluidly between performance and ordinary time. s/He is an activist-artist working between the gallery and theatre in mostly installation, performance art, and puppetry. with JAMES B ASHBY, GREY co-directs BRICOTEER EXPERIMENTS THEATRE (BET). usually silly and subversive while trying to be sublime, BET explores the life, death, and spontaneous animation of found objects, looking for the presence of invested or relational meanings in the objects and the deeply serious meaning of the way that different viewers make different interpretations according to expectations and memory. both puppetry and performance art, “THE 99 STREET GOLDFISH BALLET” is an act of collective daydreaming. The key element is the transformation of the mundane bag into the living fish.

AIR POCKET PROJECT is made possible by a grant from the WICKER PARK BUCKTOWN CHAMBER of COMMERCE and SPECIAL SERVICE AREA #33 and curated by DEFIBRILLATOR performance art gallery.